The Real McKenzies / Catch Me

The Real McKenzies inserted into HighLander in this lowbrow satire!

Joe and the band take over the evening news to tell it like it is!

Pete Turland and his band with the sweet and sexy Jada dancing up a dust storm! Pete’s a rock-a-billy legend in the making! 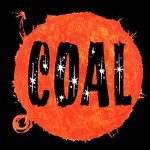 A mad scientist attempts to make himself invisible in this dark rock video by Vancouver band Coal. You can order Coal CD’s from coalmusic.com or coal at istar dot ca

Music documentary on 25+ years of D.O.A. 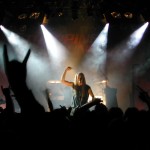 Video features a travller from another dimension sent to asses the progress of man. Ultimatly he does not like what he finds and turns the clock backwards. Video created and photographed by Marcus Rogers on 35mm film for Juno Award winning artists Metalwood in association with BravoFact. Metalwood are Mike Murley (saxophone) Brad Turner (trumpet, […]

Ray Condo : Live on the East Side / Full length 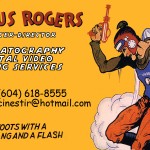 Ray Condo’s Last Show at the Balmoral, Vancouver BC.

Live at 560 Richards, Visuals by RIM.

Now available from Alternative Tentacles as a two disc set.. one DVD one Soundtrack CD.. Loaded with extras too!

Utah Phillips demonstrates the art of soapboxing as it would have been done at the turn of the century and then performs a rousing version of “Dump the Bosses”. A excerpt from a upcoming DVD on Sudden Death Records featuring Joe Keithley of D.O.A. and Utah Phillips performing a tribute to labour martyr Ginger Goodwin, […]

February 28, 2013 | Comments Off on Utah Phillips – “Dump the Bosses Off Our Backs” at the Vancouver Folk Festival

It’s available from HoglanIndustries.com, and there is a FAQ page for everyone’s questions. or order the DVD from GeneMerch@aol.com. Gene Hoglan is “The Atomic Clock” the worlds fastest and one of the most respected metal drummers today. The trailer for his drum studio DVD is fast paced and informative.. just like Gene. Order from genemerch@aol.com
The song is by Gene’s band Mechanism, the title: I Love AC/DC.

The Wet Spots Cass King and John Woods take you to a tropical wonderland, packed with sexy hula girls, wild tiki idols, and nutritious fresh fruit. Featuring the prodigious talents of Sinner Saint Burlesque. Fabulous production by MarcusRogers of Cinestir Films and Dane Ballard. Brought to you by the people who brought you “Do You Take It”, head south with the Wet Spots on this exotic tiki-hokum safari! 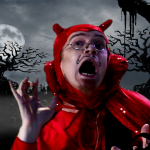 Luke Doucet’s band Veal in this story of altrusim and greed. 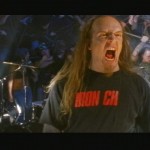 Devin Townsend Band perform live in studio.. with a bit of psycheadelic enhancement.